The Caffè Mauro Mobile Espresso and Sandwich Bar serves slow-roasted espresso from our classic Piaggio Ape. The customised vehicle is quick and easy to set up and our travelling barista can make anything from flat whites to freezos. We also serve delicious toasted Italian flatbreads and homemade pastries. 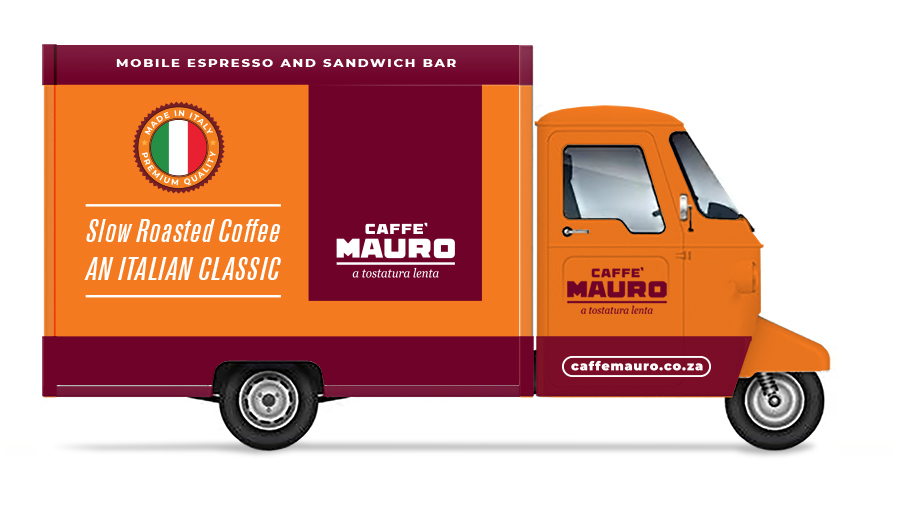 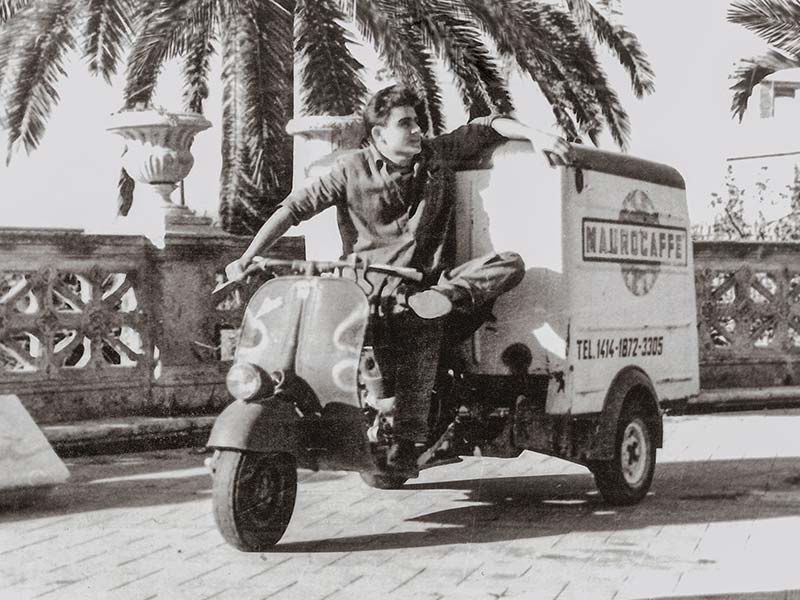 In 1947, the inventor of the Vespa, aircraft designer Corradino D’Ascanio, came up with the idea of building a light three-wheeled commercial vehicle to power Italy’s economic reconstruction. Enrico Piaggio, son of Rinaldo Piaggio, liked the idea and the very first ‘Ape’ was built soon after. The first model was mechanically a Vespa, with two wheels at the rear and a flat-bed structure on top of the rear axle.

Book Caffè Mauro Mobile for your next event.
Book now